CLOSE ✕
Get in Touch
Thank you for your interest! Please fill out the form below with details about your project.

Thank you! Your submission has been received!

Oops! Something went wrong while submitting the form

Roanoke College's commencement ceremony is one of our most favorite, and busiest, events of the year. Each year we take photos and video of the graduating class throughout the ceremony. At times it's exhausting (think a week's worth of work crammed in one day) but, it's always fun.

Like in year's past, this will be a full team lead by Carissa. I'll be on video ,along with Brenda Velázquez, while Carissa and Ashley Eagleson take photos. We'll all be capturing the excitement and joy felt by Roanoke College students throughout the day. Once the ceremony is over and everyone has left to vie for a seat at Mac & Bob's or their favorite restaurant, we'll be sifting through everything we took to create a few preview pieces.

Last year, segments of our commencement video made the NBC Nightly News! Each year, they produce a tribute to students everywhere titled "Commencement 2018: Our Annual Salute To This Year’s Graduating Class." Click on the link to check it out! We actually have multiple clips in the video so see if you can spot each time our footage appears.

By the way, Michael Keaton makes an appearance in the video and leaves with a truly inspirational quote at minute 3:42.

Carissa has been at the front of this project going on fiver years. What started out as just her has grown into something truly amazing. For the next few days we'll be preparing for what has become a test of endurance. 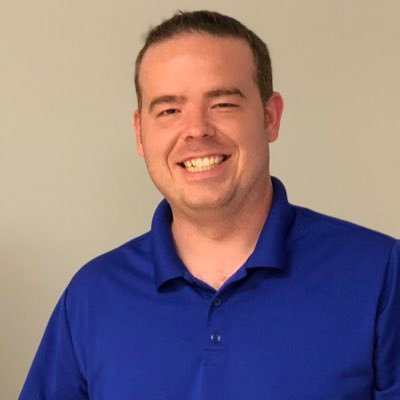